Artillery
The biggest baddest weapons on the battlefield, you may need a crew of two or three to use and spot with them but used correctly they can cause chaos and death in insane amounts. There are several different types of artillery and ammunition in Napoleonic Wars, all but one is exclusive to all armies. Most of the artillery is portable by the use of a horse drawn frame players can spawn and ride with.

Field Cannons:
These long barrelled cannons are most well known on the field, these 9 pounders will do the job firing in a mostly straight line across a flat plain and can fire round shot and canister shot ammunition. 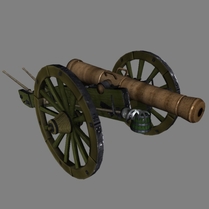 Howitzers:
These short barrelled cannons fire cannon balls in an arc instead of a straight line good for hitting the enemy hiding behind hills or other defences. Fires explosive shrapnel and canister. 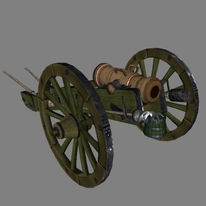 Mortar:
The smallest and least portable of the artillery like the Howitzers they only fire in an arc and have just one type of ammunition. The most deadly type, we might add. Mortars fire explosive shells that detonate on impact. 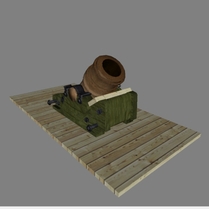 Rockets:
Only available for the British. These rockets are deadly but inaccurate things that can only fly in a straight line at short range before wheeling off course and either exploding harmlessly a mile away into a hill or right into your own guys. Their explosions however shower their targets with deadly shrapnel. Rocket Artillery men have 100 rockets on their person to use at this time. 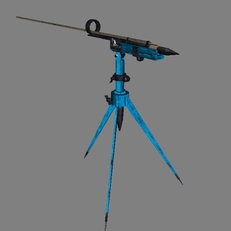 Swivel guns:
Mounted on the window sills of some buildings in maps, these defensive short ranged cannons are loaded with shot and can be destroyed if the window is taken out.

Naval Artillery:
Mounted on the walls of the small fort and star fort of the siege maps these things are bigger, meaner, non-mobile longer-ranged versions of the field artillery. You can lose them if the wall they rest on is taken down. 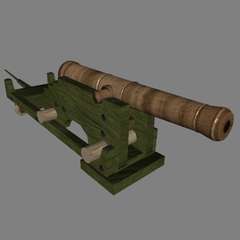