Bugle
The bugle is one of the simplest brass instruments, having no valves or other pitch-altering devices. All pitch control is done by varying the player's embouchure, since the bugle has no other mechanism for controlling pitch. Consequently, the bugle is limited to notes within the harmonic series. 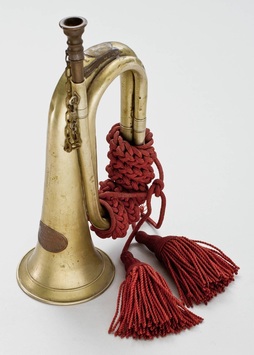 Bagpipes
Bagpipes are a class of musical instrument, aerophones, using enclosed reeds fed from a constant reservoir of air in the form of a bag. Though the Scottish Great Highland Bagpipe and Irish uilleann pipes have the greatest international visibility, bagpipes have been for centuries played throughout large parts of Europe, the Caucasus, around the Persian Gulf and in Northern Africa. 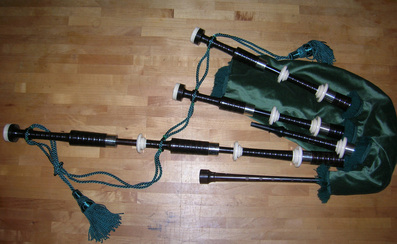 Drums
The drum is a member of the percussion group of musical instruments, which is technically classified as the membranophones. Drums consist of at least one membrane, called a drumhead or drum skin, that is stretched over a shell and struck, either directly with the player's hands, or with a drum stick, to produce sound. There is usually a "resonance head" on the underside of the drum, these are usually tuned to a slightly lower pitch than the top drumhead. Other techniques have been used to cause drums to make sound, such as the thumb roll. Drums are the world's oldest and most ubiquitous musical instruments, and the basic design has remained virtually unchanged for thousands of years.

All types of drums such as timpani for example are always tuned to a certain pitch. Often, several drums, other than timpani drums, can be arranged together to create a drum kit. 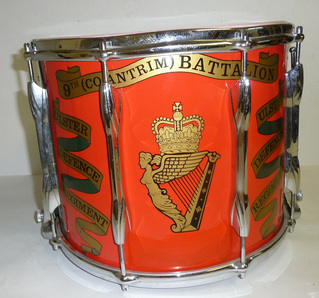 Flute
The flute is a musical instrument of the woodwind family. Unlike woodwind instruments with reeds, a flute is an aerophone or reedless wind instrument that produces its sound from the flow of air across an opening. According to the instrument classification of Hornbostel-Sachs, flutes are categorized as edge-blown aerophones.

A musician who plays the flute can be referred to as a flute player, a flautist, a flutist, or less commonly a fluter.

Aside from the voice, flutes are the earliest known musical instruments. A number of flutes dating to about 43,000 to 35,000 years ago have been found in the Swabian Alb region of Germany. These flutes demonstrate that a developed musical tradition existed from the earliest period of modern human presence in Europe. 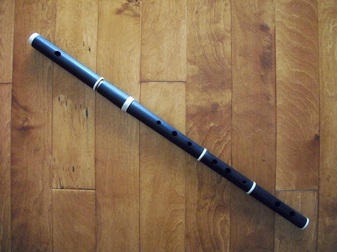 Horn
The horn, commonly known as the French horn, is a brass instrument made of about 12–13 feet (3.7–4.0 m) of tubing wrapped into a coil with a flared bell. A musician who plays the horn is called a horn player (or less frequently, a hornist). In informal use, "horn" can refer to nearly any wind instrument with a flared exit for the sound. 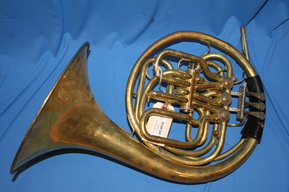 Trumpet
The trumpet is the musical instrument with the highest register in the brass family. Trumpets are among the oldest musical instruments, dating back to at least 1500 BC. They are played by blowing air through closed lips, producing a "buzzing" sound that starts a standing wave vibration in the air column inside the instrument. Since the late 15th century they have primarily been constructed of brass tubing, usually bent twice into a rounded oblong shape. 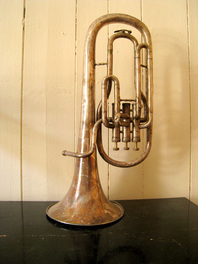