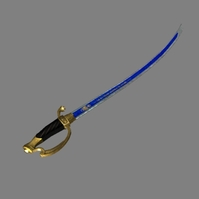 The gentleman’s way of warfare, swords and sabres always come in handy in the thick mist of cannon and gun smoke. Officers carry swords, riflemen use a shorter blade for self-defence, and cavalrymen slice throats with terrifying sabres.

Sabres, cutlasses and broadswords of Mount&Blade: Napoleonic Wars can attack and block in all four directions and are the most flexible thing to wield if you like to fight in melee. Sabres are usually issued to mounted cavalry and are the only swords limited to slash attacks with no thrusts while the officers and heavy cavalry get the most superior versions of one of mankind’s mostly deadly well-known weapons.

Like muskets there are many individual models for the short swords. Light Infantry and Riflemen as well as Officers, Ensigns and band members are usually armed with swords but sometimes Grenadiers and elite regiments of line and foot may also carry a sword sidearm. This differs due to historic accuracy but has no huge impact on the game. E.g. some Line Infantry will have a ‘Sabre briquet’ (basically a butter knife) which has no devastating killing-power. 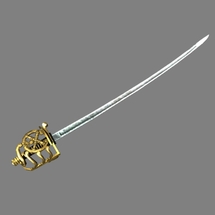