Below are some basic tips and tricks regarding the gameplay. You can take a look at the subpages for some standard commands and ways of warfare. Most regiments incorporate at least a part of these commands and actions in their routine, so it's good to memorize this (or hey, bookmark me if you'd like :D)

Let's start off with the very, very basic rules any regiment has when you are in formation.

Stuff to do when you are in formation:

-Take note of the names of the people on all sides of you. This will be help you keep track of where you should be in the line.
-If you are in a rear rank and there is a space in front of you, move forward to fill it.
-If there is a space to your right, move over to fill it. This is called "dressing." If you are told to dress the line, fill space in the direction specified, and move yourself to help straighten out the line. If no direction was specified, assume you're dressing to the right.
-Grow a moustache.
-Standards and musicians stay to the rear of the formation, in no specific location.
-Speak up if you see cavalry that is literally about to charge on your line and nobody else has commented on it.
-Crush your enemies, see them driven before you, and hear the lamentation of their women. 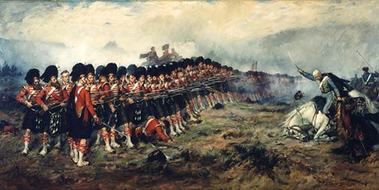 An example of a good (line) formation.

Stuff NOT to do when you are in formation:

-Face the wrong way.
-Random shooting.
-Kicking.
-Pretty much anything you haven't been explicitly told to do.
-Scream like a motherf*cker if you see cavalry about to charge your line and nobody else has commented on it.
-Run / surrender / stare death in the eye and faint. 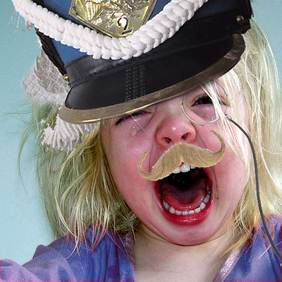 An example of something not-done in formation

This covers both the fighting from horseback and fighting a mounted opponent from the ground.
read more on cavalry fighting

Commands are essential in any war-like situation. Read about the basic commands, right here.
Read more on commands

The fun bit, here we disclose some information about taking aim and firing that bastard in your sight to Kingdom Come!
more on firing