So what exactly is Mount& Blade: Napoleonic Wars? Where did it come from, and why is Derpwell making such an elaborate site about it? Read on to find out! 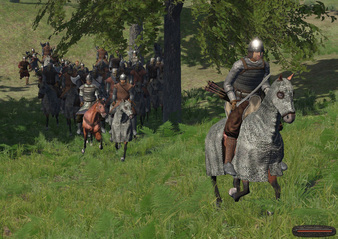 In Mount & Blade: Warband, you play as an adventurer in the medieval land of Calradia, a fictional land devoid of magic and high fantasy, instead bearing many similarities to our world in the Middle Ages.

The game offers you a great deal of freedom in this world. You may roam around the map visiting towns and villages, trading, pursuing various quests, taking part in tournaments, or trying out a myriad of other activities.

You will soon notice that the world itself is dynamic. Caravans travel between towns, sometimes being waylaid by bandits; villagers take their goods to markets; armies assemble to move across the land, besieging towns or castles and raiding settlements. Instead of giving you a fixed path to follow, Mount & Blade: Warband lets you freely adventure in this world. In time, you will be well known in many places as you make friends and enemies with other characters, which in turn will allow you to affect events in profound ways. You don’t need to remain a penniless adventurer, either. You may obtain great wealth and power, become one of the trusted vassals of a king; conquer and own villages, castles and towns; command armies, and if you like, even lead rebellions and replace kings with other claim holders.

However, we are talking about Mount & Blade: Warband here. Its predecessor, Mount & Blade was very similar. Next to incorporating a new feature of Multiplayer in Warband, the Warband single player has some more weapons and armour, a new faction in Calradia (the Arabian-inspired Sarranid Sultanate), a new world map layout to include them, a somewhat more thoughtful kingdom AI (the kingdoms wage wars for reasons, rather than randomly declaring war and making peace), some new quests like prison breaks and bandit lair attacks, the ability to marry a lady of the court (or a lord, if you're a female character), the ability to recruit lords to your own faction when and if you form one, and the ability to grant your companions fiefs so that they can become lords themselves. Some new graphic options were added as well to make the game (well, certain aspects) look better. 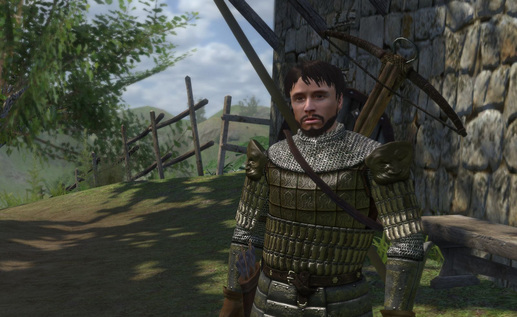 An example of a player in Mount&Blade: Warband. The looks are customisable in detail; the armour and weapons need to be bought and/or found in-game. (Click to enlarge)

So where does the Napoleonic Wars expansion come in?

Released on the 19th of April, 2012, Napoleonic Wars is a multiplayer DLC (Downloadable Content) expansion pack for Mount & Blade: Warband featuring the last years of the Napoleonic Wars.  It allows you to experience the thrill of Napoleonic warfare first hand by taking part in the invasion of Russia or to fight the French at Waterloo from the front line! You can side with one of the five supreme European powers from the era and choose from and more than 220 unique units to play. Basically, it's a very detailed and accurate game portraying the Napoleonic warfare.

Some of the features include:

- Accurate early 19th century weapons, uniforms and environments.
- Massive multiplayer battles with up to 250 players.
- 5 nations with more than 220 unique units to choose from.
- A wide range of artillery pieces ranging from field cannons to mortars, capable of firing cannonballs, canister or explosive shells, all fully controllable by players.
- Destructible environments; players can use a range of artillery and explosives to destroy various buildings, bridges and other structures.
- Finely crafted game balance insuring player skill is the hero of the battlefield, not the gun or the sword.
- Construct barricades, dig trenches, and rig explosives with the multi-purpose Engineer class.
- Special musician units with drums, fifes, bagpipes or trumpets, able to play historically accurate tunes; all recorded and played by award winning musicians.
- More than 40 classical background music tracks. 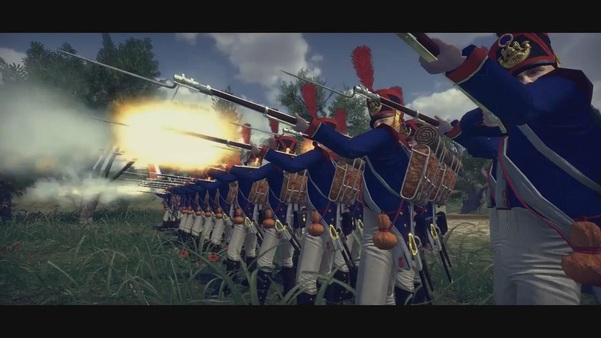 A line of infantry firing in volley. This is a common sight in Napoleonic Wars.

Having played this game for quite some time now, I have to admit I haven't played a game so intruiging in a long, long time. This game really has it all. Multiplayer experience in battles with up to 200 players (mayhem ensured!). A realistic health system; no recovering, no medkits, no way to get some life back. You get shot, you probably die on the spot. If you survive, you have an odd 10% left of your health. Swords and bayonets prove lethal when they touch you... the game forces you to preciously care for your (and your buddies) lives.

Then there's the reloading part. Reloading takes an odd 10 seconds (slightly depending on the class you play). While this might stress you out the first couple of rounds, it also puts an extra layer of tactic and planning into the game. When facing a group of enemies who all fired (and missed) at you, you might still have a shot!

The addition of cavalry and artillery complete this game. You're not safe anywhere and when you do not follow tactics and group-orders, you will die. Players who wish to go rogue and try and play a one-man-army will notice that this game is just not made for that. Fire your shot, and pray to the heavens that they will miss you when firing back.

Thankfully, there's always the option to surrender (press 'P' by default). Wether or not this will save your life will depend on the honour and triggerfinger-ish-ness of your foes.

To read more about this game, click the button below for the official manual. 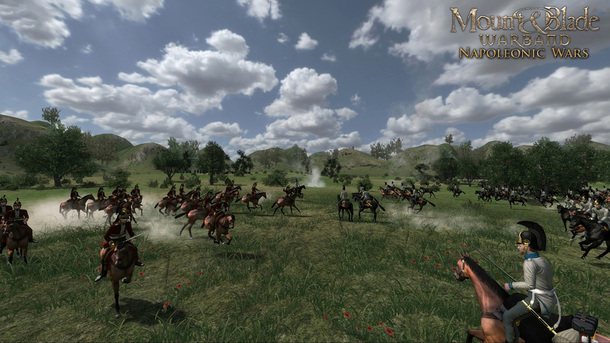